↓
Home » How is the ductwork airtightness quantified?

In Europe, airtightness classes of ductwork components/fittings are defined in European Standard EN 12237 for circular ductworks, EN 1507  for rectangular ductworks and EN 17192 for non-metallic ductworks. Airtightness of components ranges from class A to D, with class A being the leakiest one. EN 1751 and EN 15727 specify the leakage requirements for technical ductwork components and are based on the same leakage classification. Airtightness classes for air handling units (L1 to L3) are defined in EN 1886.

In the US, leakage classes 48, 24, 12, 6, 3 as defined by ASHRAE are commonly used; ASHRAE also gives recommended acceptance criteria based air leakage as a percentage of fan design airflow at maximum operating conditions. 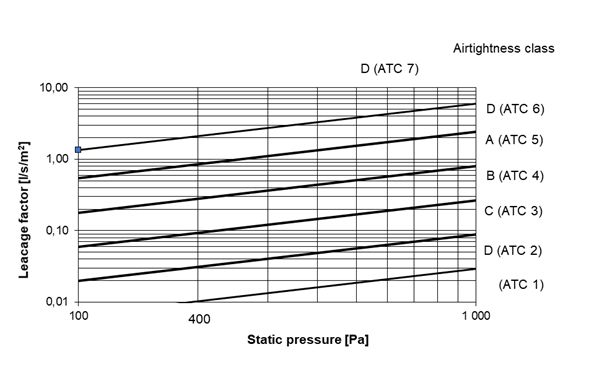 The new and old classes are valid but the old A-D will eventually be withdrawn.

All the metallic duct standards EN1505, EN1506, EN1507, EN 12237 and EN 14239 for certification and purchasing phase of the building will soon be merged to one standard and also include these new ATC classes.